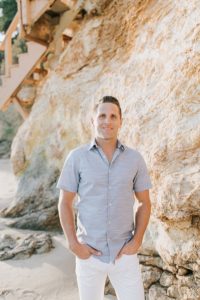 I grew up with a passion for sports. I played every sport I could. I believed I was going to be a professional athlete. After graduating high school, I pursued collegiate football and because of my passion for sports and the human body, I started on the path towards a career as an athletic trainer. After just one year in the program, I felt lost because I knew this wasn’t the career path for me. During this time, as I was trying to figure out what I wanted to do with my life, my relationship with my girlfriend became serious. Her father began telling me that if I wanted to marry his daughter, I had to go to chiropractic school. I knew he was teasing me, but those words kindled a fire. I proposed to his daughter,, and even though I had no idea what chiropractic really was, I enrolled in chiropractic school that next year. After marrying her, my journey into my new career began.

During Chiropractic College, I learned the mechanics of an adjustment. I thought chiropractic was about moving bones, musculoskeletal, and pain-driven. I had yet to learn the true principle of this profession. As I was in school, my father-in-law started sharing the philosophy with me. My eyes began to open, and I began to understand the true meaning of chiropractic.

I began falling in love with this new path I chose! During my final year in school, I started a mentorship at our office, and instantly witnessed healing! Now that I am practicing, I get to be a part of these miracles. I have seen babies suffering from colic, unable to latch, or suffering from constipation and after just a couple of adjustments, these babies are calm, thriving, and pooping! I have seen children come in with “ADHD”, on the spectrum, not making eye contact, not focusing in school. After coming in to get adjusted for a couple of weeks/months, they are focused, excelling in school, and making eye contact! I have seen adults who are HOPELESS, depressed, and in chronic pain. They come into the office and begin care, and after a few weeks or months they begin feeling better, they start having hope, and I see their entire life change! They are smiling, laughing, and are no longer in pain. The chronic pain they suffered from for years is gone, and they are vibrating at a higher level.

“WITH CHIROPRACTIC, I FOUND MY LIFE PASSION,” Dr. Harbin.

Connect with Your Irvine Chiropractor